FROM THE ARCHIVES: Presiding Bishop Blake and West Angeles Featured in the New York Times

Our own Presiding Bishop Charles Edward Blake, Sr. and West Angeles Church of God In Christ was featured in the New York Times in April of 2018.  As we celebrate Bishop and Lady Mae Blake’s 51 years of stellar ministry, enjoy a look back at this  featured story below:

LOS ANGELES — “Our God!” the worshipers belted out, swaying inside a towering cathedral. “Our God!”

Amid the rising voices, the Rev. Charles E. Blake gently swayed and clapped, head bowed and tortoiseshell glasses halfway down his nose.

Bishop Blake, 78, the pastor of the West Angeles Church of God in Christ in Los Angeles, has developed a reputation as a calming force in raucous moments — whether in the church or the community. But presiding over a Pentecostal denomination of roughly six million members worldwide, he is well aware of his power. And, like many black clergy members, he is grappling with how to use that power in an activist climate that has drastically shifted in style and substance since the civil rights era.

Bishop Blake is one of dozens of ministers who will converge on Memphis on Wednesday to commemorate the 50th anniversary of the assassination of the Rev. Dr. Martin Luther King Jr., one of the most famous preacher-activists in history. But more than bowing their heads and saying prayers, the pastors will confront a reality that there is no singular leader among them with the national following of Dr. King, and that their churches are not as central to the social justice movement as they once were.

They are trying to figure out how to strike a balance of engaging in Dr. King’s unfinished work of fighting racism, while remaining true to a historically conservative institution.

For pastors like Bishop Blake, that means embracing the parts of the movement he agrees with — ending police violence and empowering black entrepreneurs, for instance. But it also means holding the line on church teachings that young activists disagree with.

There are also differences in approach. Pastors often want to work within the system to effect change, while many activists try to disturb and upend the system.

Bishop Blake is not someone to be found on protest lines or shouting down law enforcement; he tends to advocate through more formal channels. He departs from some activist ministers in his social conservatism, opposing same-sex marriage and abortion. Yet he tries to strike a welcoming posture in an era of activists who can feel like the church is judging them. 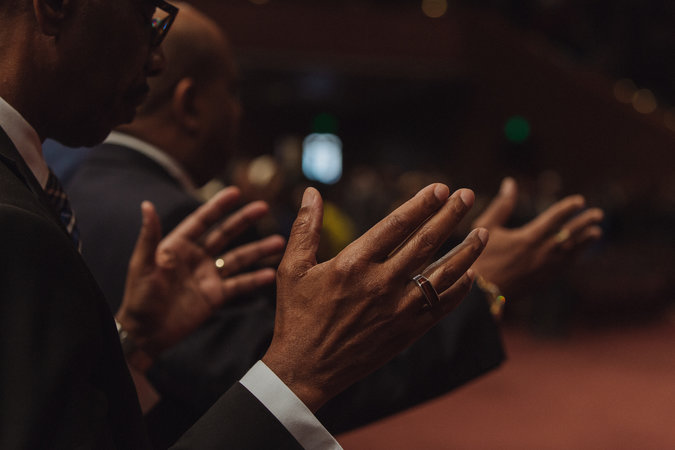 He hosted a rally at his church to protest the killing of Trayvon Martin. Last year, he wrote a letter to the mayor of St. Louis suggesting that if police practices were not reformed, his denomination could take its annual convention — and the millions of dollars that come with it — elsewhere. And at a gathering of black congressional leaders, his raspy voice grew louder as he declared that black people needed “to take charge of our destiny.”

“Religion at its best shows people how to live productively, safely and wisely and altruistically,” said Bishop Blake, who has led the Church of God in Christ since 2007.

Some ministers have an approach that is a more natural fit with the renewed religious left. Last year, the Rev. Dr. William Barber II, the pastor of Greenleaf Christian Church in Goldsboro, N.C., helped to start the Poor People’s Campaign, patterned after the effort that Dr. King established to address urban poverty. Dr. King’s campaign, which was to include setting up an encampment in Washington, was cut short by his death.

Dr. Barber is apt to politicize his sermons on Sundays and advocate civil disobedience to win change. He has linked L.G.B.T.Q. rights to the civil rights struggle. 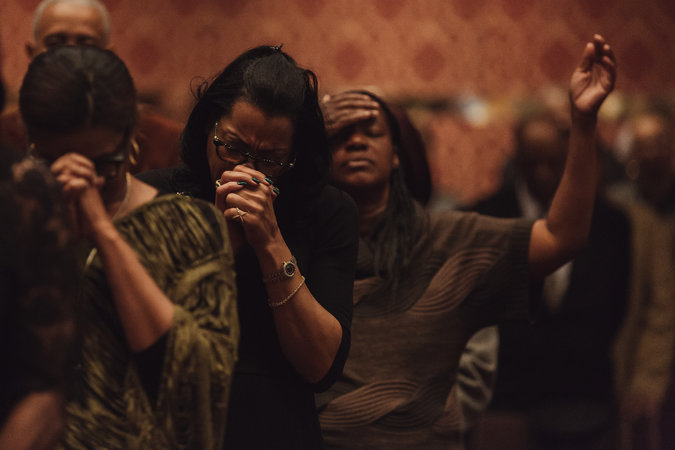 Bishop Blake has overseen a vast expansion of the congregation at West Angeles since he became the pastor in 1969. Credit: Kayla Reefer for The New York Times

“The one thing that would be dishonorable for us is to bring all this attention to the assassination of Dr. King and not have a resurrection of the efforts and the unfinished business dealing with systemic racism, systemic poverty,” Dr. Barber said.

Even in Dr. King’s day, black churches were not unified. Many did not follow Dr. King, and stayed on the sidelines. Some worried about attracting violent backlash. Some preferred a more gradualist approach. Similar tensions remain in the fight for his legacy.

The Rev. Traci Blackmon, an executive with the United Church of Christ, a Protestant denomination, and the leader of a church near Ferguson, Mo., sees the work that many churches perform, like feeding and housing the poor, as distinct from the advocacy that Black Lives Matter and other organizations are doing, she said.

“I’m talking about the organized countermovement that has as its end goal the changing of systems and the dismantling of structures,” said Ms. Blackmon, who was a front-line activist in the wake of the 2014 killing of Michael Brown in Ferguson, Mo. “Often, the work that we do on church local levels does not have that as the end goal.”

Black churches were born out of political and social resistance, with enslaved African-Americans organizing around a theology that God would deliver them from their oppression. With all that is going on around social justice, churches must calibrate what that means for them in the present, said the Rev. Dr. Yolanda Pierce, a professor and dean of the Howard University School of Divinity.

“Churches have to ask the fundamental question: ‘Are we going to be at the forefront of struggles for justice, or are we always going to be catching up to where the arc of justice will literally take us,’ ” she said. 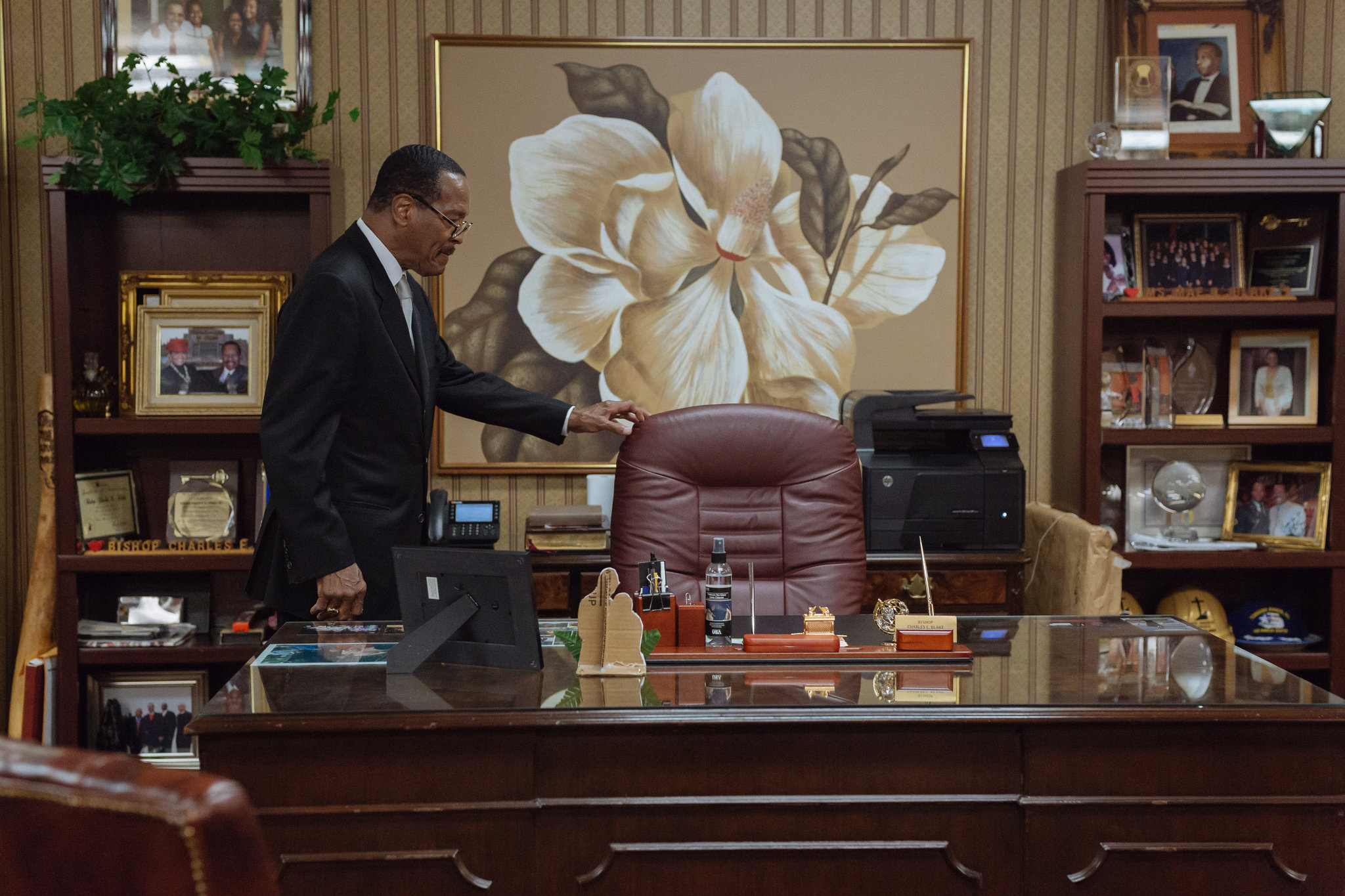 The son of a pastor, Bishop Blake came of age during the 1960s, with Dr. King serving as his model for what a preacher should be — an activist in the pulpit and the community.

He became the pastor of West Angeles in 1969, when there were only about 50 members. Today the congregation has about 25,000 members, including luminaries like Denzel Washington, Magic Johnson, Angela Bassett and her husband Courtney B. Vance.

“I think Black Lives Matter is doing a wonderful job, and what they have to figure out also is how to come together with the churches,” Magic Johnson said. “Everybody wants the same thing.”

Bishop Blake’s church has developed 400 units of affordable housing, and it has ministries that provide counseling, help the homeless and ex-convicts, assist black-owned businesses and tutor students. Many have credited him with transforming a once struggling corridor in the Crenshaw neighborhood, and he has laid out a plan for churches nationwide to do the same in their communities.

Bishop Blake tends to avoid politics in church but his stances are clear when he’s not in the pulpit. He called police violence “atrocious.” He hopes that someday “we will see some sign that President Trump is interested in the needs of all the people of our nation.” And he said people buy guns under the false fear “that blacks are going to come rushing out of the inner city and run up in all of their communities and rape their women and take their money, take their lives.” 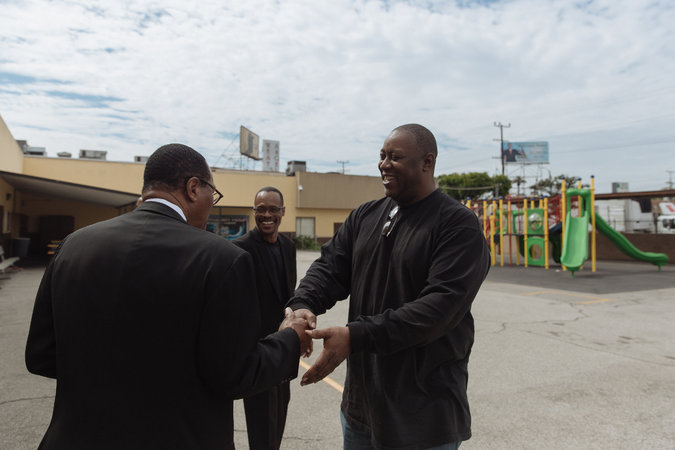 Melina Abdullah, a professor of Pan-African studies at California State University, Los Angeles, and a Black Lives Matter organizer, lauded Bishop Blake’s community work. But she said she wished that he would use his power and influence more to advocate for systemic change.

“I know he has a prison ministry and all of these things,” Professor Abdullah said. “It’s all kind of focused on an individual coming to Jesus, rather than how do we create freedom in the world.”

While he may differ from other activists in style and substance, Bishop Blake said he hoped they all could find common ground.

“We’re in too much trouble to be divided and fighting and criticizing one another,” he said. “Who’s ever doing good, let’s join together around them and stand with them in the endeavor.”

In Memory of Leon Stevenson, III

In Memory of Dana Lewis
X
X
Scroll to top